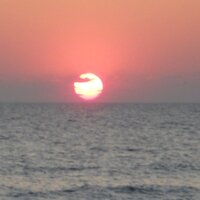 She was born April 9, 1959 in Johnson City New York the daughter of the late Herbert and Beverly Stewart Taylor. Survivors include her sister, Susan Mitchell of Fairfax and her brothers, William Taylor of Arizona and Richard Taylor of Grand Isle.

A private burial was held on Monday, May 21, 2017 in the Fairfax Plains Cemetery in Fairfax, VT


To order memorial trees or send flowers to the family in memory of Wendy Elizabeth Taylor, please visit our flower store.