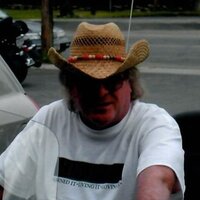 On December 2, 1972, he married Elizabeth "Kaye" Shimmel. Kaye predeceased him in 2017. They lived in New Jersey for several years before moving to Vermont in 1979.

Buzz began employment with Western Union in N.J. and eventually joined New England Telephone in Vermont where he worked as a cable splicer retiring around 1995. He was a member of the National Guard in New Jersey.

Buzz enjoyed collecting and recording music, watching football (ever hopeful that his team would prevail - Go Jets), sitting by the pool, and barbecuing his "cowboy steaks". He was a movie buff and could always recommend one worth watching. He saw every episode of the "Soprano's" while enjoying an Italian dinner with Kaye - a Sunday tradition.

Buzz is survived by his cousin Andrew Lukish from New York, his sister-in-law, Diana Schneider and her husband Bob and their children and grandchildren, and his lifelong friends from high school Dean Vitello, Dan Petach, and Terry Vigiletti.

He also leaves his Vermont "family" - Sandy and Al Jarvis, their sons Eric and Brent who both enjoyed talking football with Buzz during the many Christmas's they spent together. He was grateful to have had Jim and Karyn right next door. Through the years, he enjoyed delivering Christmas gifts to their two children and watching them grow.

Buzz also enjoyed visiting with Nancy, Kate, and Brenda and Bob reminiscing about his days spent in New Jersey. He is also survived and very much missed by his feline buddy Punky.

A graveside service will be held on Saturday June 20, 2020 at the Fairview Cemetery in Essex Junction at 1:00 am.
For those who wish, online condolences may be made to www.minorfh.com

To order memorial trees or send flowers to the family in memory of Walter R. "Buzz" Swainbank Jr., please visit our flower store.