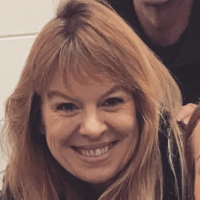 Vicki was born on January 27, 1971 in Burlington, the daughter of Brent McDonald and Linda Frazier. She enjoyed a childhood spent in Milton making lifelong friends. She cherished the memories made during her younger years with her loving grandparents, William (Bill) and Nancy McDonald, as well as her aunts and uncles.

Vicki graduated from Milton High School in 1989, and soon after began what would become her favorite part of this life's journey, being a mom. Her first born son, Jordan Paul, gave her life a meaning so valuable that it became every fiber of her being for every moment to come. In 1991, her first daughter was born, Jasmine Grace. Being a young mother of two small children came with many challenges, every single one of which Vicki faced head on with dignity, determination, and that beautiful smile everyone around her loved so deeply.

Soon after she met the love of her life, Todd Langlois, who provided her with unconditional love, security, and endless smiles. As a family of four, they went on to buy a home in Fletcher and continue building their family. In 2005, her second daughter was born, Lindy Anne. In 2007 her second son was born, Lucas William - and from that moment onward, her life was complete. She would spend every moment she could exuding so much pride in her children, showering them with love brighter than all of the stars in the sky. Even when she was sick, she never missed a practice, game, or the opportunity to tell her kids how very much she loved them.

Aside from being a loving mom and friend, Vicki enjoyed spending time outside in her gardens. She was always known for having lavish flower beds and a brilliantly green thumb. She loved going for sunset walks with her children and dogs, dancing, singing, and snuggling. She was a beautiful writer, a talented artist, and loved spending time with friends and family.

On October 13, 2017, after going for her very first mammogram, Vicki was diagnosed with stage four metastatic breast cancer. Despite being terrified of the potential loss of years to her life, and the impact that might have on her children, she persevered. She pushed through her fear of hospitals, needles, doctors, and statistics. She consistently powered through and remained optimistic, loving, brave, and hopeful, and always for the sake of her children - her "fight song", as she would say. She remained strong until her very last breath, where in the comfort of her home and in the arms of her family, she passed peacefully into the next life.

Vicki was a vibrant, loving, caring woman who will forever be loved by so many people. From friends, to family, to community, the outpouring of love and support received during this journey was one that would only be warranted by a soul as valuable and treasured as hers.

She is predeceased by her father Brent McDonald, her grandparents, and great-grandparents.

Visiting hours will be held on Saturday November 28, 2020 from 10am until Noon at the Minor Funeral Home in Milton.

Online condolences may be made to www.minorfh.com

To order memorial trees or send flowers to the family in memory of Vicki Lee McDonald, please visit our flower store.