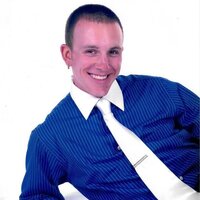 Tyler was born on August 1, 1985 in Burlington. He had recently started LaMarche's Carpentry with his best friend Scott Gentley.

He was predeceased by his grandparents Richard Tracy Sr., and Joseph and Marie LaMarche.

Visiting hours will be held on Friday evening, May 31, 2019 from 5-7:30pm in the Minor Funeral and Cremation Center in Milton, followed by a funeral service at 7:15pm.

To order memorial trees or send flowers to the family in memory of Tyler David LaMarche, please visit our flower store.