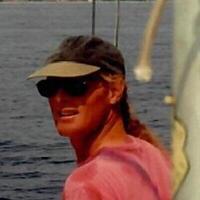 Burlington, VT--Todd Laren Buik, 67, of Milton, passed away September 26, 2021 at University of Vermont Medical Center after a short illness with cancer. Todd was born on April 13, 1954 in the Netherlands and was the son of Charles Buik and Ruthmary Jeffries. He married Roberta Frohock on March 8, 2003 in Milton, Vermont. Todd was a union pipefitter for many years. Amongst his many skills, most knew him as a skier. Todd began skiing as a toddler and spent many years as a member of the Mt. Mansfield Ski Club and went on to be a ski coach. He loved skiing and was an avid skier never missing a season. He enjoyed skiing most anywhere but could be frequently found on the slopes of Stowe and Sugarbush. In his later years Todd volunteered his time to assist with ski races at Stowe. In the summer months, Todd enjoyed boating, especially sailing. He loved Lake Champlain and earned his US Coast Guard Captain's license in 1995, something he was proud of. For the last four years, Todd volunteered his time at the Milton Family Community Center (MFCC). He really enjoyed the children that came into the center. This September 2021, Todd was awarded the "Elsie LaBelle Gift of Giving Award '' at MFCC for his volunteer work. He is survived by: his spouse Roberta, his stepdaughter, Chrishelle Leonard of Norfolk, MA; his step grandchildren Alexis and Caden Leonard; and his 3 dear cousins, Lori Buik and Mark Buik of East Corinth and John Buik of New Hampshire. He is predeceased by his father, Charles Buik and his mother, Ruthmary Jefferies. Visiting hours will be held on Saturday, October 2, 2021 from 3-5 in the Minor Funeral Home with a service at 5. In addition to flowers donations in his honor can be made at the Milton Family Community Center P.O. Box 619 Milton, VT 05468
To order memorial trees or send flowers to the family in memory of Todd Laren Buik, please visit our flower store.