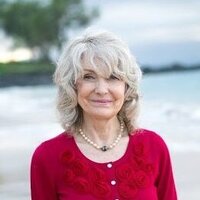 Ms. Tobey Glee Patno Brehm, 66, of Ijamsville,MD., passed away on Monday, September 18, 2017 at her home. Twice married she was the wife of the late William D. Gentel and the late George Alexander Brehm. and Boyd Nelson. Born on May 25, 1951 in Burlington, VT, she was the daughter of Alice Towne Patno Sheppard, of Ijamsville and the late Ellsworth Prouty Patno.

In addition to her mother she is survived by her sister Shayne Dee Portuondo and husband Gustavo "Sandy" and her former husband Boyd Nelson. She will also be remembered by her several step siblings. She was preceded in death by sisters,Cynthia Lou Patno, Kim Leigh Patno, and step father Thomas Sheppard.

In lieu of flowers memorial contributions may be made in her memory to the Evangelical Lutheran Church, 35 East Church Street, Frederick, MD, 21701

A graveside service will be held on Friday June 14, 2019 at 3pm in the Georgia Plains Cemetery with a reception following in the James Messier Memorial Youth Center.


To order memorial trees or send flowers to the family in memory of Tobey Glee Patno Brehm, please visit our flower store.