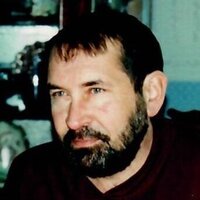 Milton, Thomas Earl Mears, 67 of Milton passed away on Thursday, February 14, 2019 at the McClure Respite House in Colchester following a struggle with Cancer.

Tom was born January 19, 1952 in Burlington, the son of Paul Mears and the late Doris Lafayette Mears.

He graduated from Milton High School in 1970 and attended Vermont Technical College in Randolph. For quite a number of years Tom worked with his father on the family farm in Milton and when Paul retired and the dairy herd was sold, Tom went to work for the Belden Wire and Cable Company in Essex Junction. In later years he worked for Dennis Roberts as a dairyman on the Towne Family Farm. He most recently had worked as a general farm hand at the Richards Farm on Lake Road in Milton.

Tom was a great fan of stock car auto racing and enjoyed going to the races at Catamount Stadium in Milton and Thunder Road in Barre. He attended Trinity Presbyterian Church in St. Albans.

He leaves his father, Paul W. Mears of Milton; his daughter, Judy Mears Ellis of Bend, OR; three brothers, Steven and his wife Deborah (Moulton) of Somersworth, NH, Gary of Milton, and Philip and wife Diane (Shores) of Milton; his sister Martha and her husband Christopher Coleman, also of Milton; three grandchildren, Brittany (Ellis) and her husband Shad Bennett of Redmond, OR, Nathaniel, and Haley Ellis of Bend, OR; three aunts, Elsie Sumner of Newport, Jane Lafayette, and Norma Lafayette, both of Milton; four nieces, two nephews, and thirteen cousins.

For those who wish, memorial contributions in Tom's name may be made to the McClure Miller Respite House, 3113 Roosevelt Highway, Colchester, VT 05446.

Visiting hours will be held on Monday February 18, 2019 from 5-8pm in the Minor Funeral Home in Milton.

Funeral Services will be held on Tuesday February 19, 2019 at 11 am at the United Church of Milton.


To order memorial trees or send flowers to the family in memory of Thomas Earl "Tom" Mears, please visit our flower store.