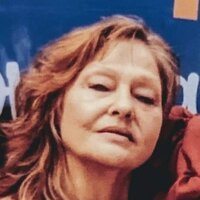 Fairfax - Susan Pearl Cota, 57, died unexpectedly on Tuesday October 20, 2020 at Northwestern Medical Center in St. Albans due to medical conditions.
Sue was born on April 4, 1963 in Burlington, the daughter of Pearl and Elizabeth "Betty" (Flanders) Cota.
She was raised her younger years in Westford and when she was 8, her family moved to Fairfax.
She graduated from BFA Fairfax in 1981.
Sue loved to cook, camp just enjoying time with her family.
She is survived by her sons Kyle Ovitt and his fianc Nicole Rheaume of Fairfax, Kody Ovitt and his fianc Hannah Churchill of Franklin and Kole Ovitt and his friend Laurie Still of Fairfax. She is also survived by her grandchildren Nick, Jayleigh and Raelynn Ovitt, her partner, Peter Boissoneault of Fairfax, her step father Allen Poulin of Fletcher and her brothers Larry Cota and his wife Denise of East Fairfield, Steve Cota of Fairfax, Michael Cota and his partner Barb LaForce of Fairfax and Lance Poulin and his wife Jen of Jeffersonville and by the father of her children Robert Ovitt Jr. of Fairfax.
She was predeceased by her father Pearl Cota and her mother Betty Poulin.
Memorial contributions in Susan's memory may be made to Fairfax Rescue, P.O. Box 428, Fairfax, VT 05454.
A graveside service will be held on Thursday October 29, 2020 at 11am at the Binghamville Cemetery in Fletcher.
Online condolences may be made to www.minorfh.com


To order memorial trees or send flowers to the family in memory of Susan Pearl Cota, please visit our flower store.