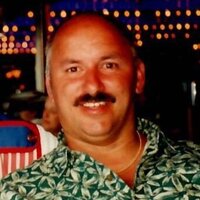 Milton - Sidney Earl Messick Sr., 68, died unexpectedly on Friday June 19, 2020 at his home in Milton with his loving wife by his side.
Sid was born on November 29, 1951 in Burlington, the son of Frederick and Aline (Childs) Messick.
Sid attended grade school at the Cathedral School in Burlington and graduated from Burlington High School in 1969. He served in the U.S. Air Force and was a former member of the Burlington Police Department.
In February of 1987, he eloped to marry Geraldine "Jeri" Rivers.
Sid enjoyed playing the Wii, building Christmas and Halloween Villages, he loved to play Santa at Christmas time, gardening and landscaping his yard. Nurturing his flowers and was a lover of sweets. He loved puzzles, card games, playing the scratch off lottery tickets, Tinkering with cars and small motors. He loved to swim, and the Ocean. Sid was a man who rarely sat still, but was always willing to sit awhile with a friend or family member or someone in need.
Sid was very active with his community. He strived to help others in any way he could. He had been previously employed at E. Pecor Auto Sales, VT Import Auto Body, Lake Buick and Fitzpatrick's Buick - GMC, where he was the Body Shop Manager. His last employment was with Northland Job Corp., where he tried to help youth in need of learning a trade.
He was a volunteer firefighter in Burlington and Shelburne, past president of the Shelburne First Response and a past crew chief for Milton Rescue. He was very involved with the Boy's Scouts and a past Mount Norris Scout Alumni. Sid was a member of St. Ann's Parish and of the Knights of Columbus council in Milton.
In everything Sid did, he did so in a way to help all those he touched.
Sid is survived by his loving wife Geraldine "Jeri" Messick of Milton, his children Shawna Palmer and her husband Dwight, Shawn Flanagan and partner Kathy Fitzgerald, Sidney Messick Jr. and Jennifer Messick. By his grandchildren Rebecca, Kyle and Courtney Palmer and Tiffany DeGraff. He is also survived by his sister Linda McMillan and his brother Myron (Chrissy) Messick, by Jeri's sibling Nancy (John) Brisson. Nieces and Nephews Johnathan Brisson, Tim (Robin) Brisson and Wendy(Richard) Brisson-Derby. Lorenda Tedrick and Miranda Messick. By his great nieces and nephews Ryan (Karen) Woods, Connor Brisson, Kiernan Brisson, Andrew Derby and Riley Derby and his great great nephew and great great niece Nathanial and Abigail Woods. And by he and Jeri's life long friend Anna Delorme, and good friend Al Corey. Juliet, his yorkie will miss her daddy very much. He was predeceased by his parents, Frederick and Aline Messick and Brother Daniel Messick.
Sid's family would like to thank Milton Rescue for their assistance, Franklin County Rehab, especially Caroline and Jessica, and Dr Chris Hebert and Dr. Jean Baker for the excellent care he received.
Memorials in Sid's memory may be made to either St. Ann's Catholic Church in Milton in form of Masses, the Milton Council of the Knights of Columbus, The Parkinson's Assoc.
Visiting hours will be held on Wednesday July 1, 2020 from 4-7pm at the Minor Funeral and Cremation Center in Milton.
Funeral Services will be private.
For those who wish, online condolences may be made to www.minorfh.com


To order memorial trees or send flowers to the family in memory of Sidney Earl Messick Sr., please visit our flower store.