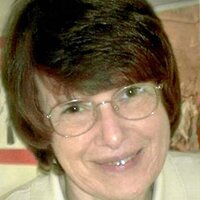 Shirley was born in Bellows Falls on April 24, 1947, the daughter of Paul and Olive (Roberts) Davis.

She graduated from UVM and received her Master's Degree from Southern CT State College.

Shirley had worked as the Milton High School Librarian for over 29 years.

She loved playing tennis, skiing, and writing. She was an avid reader and also loved to paint and draw. She enjoyed classical music, British Comedy, the Boston Red Sox, and her cats.

In lieu of flowers, memorial contributions in Shirley's memory may be made to the National M.S. Society, Greater New England Office, 101A 1st Ave., Waltham, MA 02451

Visiting hours will be held on Sunday September 15, 2019 from 4-7pm at the Minor Funeral Home in Milton.

A Funeral Service will be held on Monday at 11 am at the United Church of Milton with burial following in the Milton Village Cemetery.


To order memorial trees or send flowers to the family in memory of Shirley C. Towne, please visit our flower store.