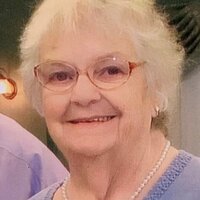 Milton - Sheila Marie (Gay) Stevens, age 76, passed away on December 28, 2020 from complications of pneumonia.
She is survived by her husband, George Stevens, Milton, now residing at Queen City Rehab Center, Burlington VT. She is also survived by an Uncle, Raymond Archambault, East Bridgewater MA, dozens of cousins, many Godchildren, and innumerable friends.

Having no children of her own, Sheila doted on all children, especially those with special needs. She actively supported Special Olympics, as well as many Catholic Charitable groups. In 2007 Sheila was honored to receive a Special Recognition of Women in Ministry Award, as a member of St. Ann Parish Milton, from the Diocese of Vermont. This award recognized women whose lives demonstrated living Gospel Values.

Her specialty was baked beans and she always prepared them for funeral dinners and other parish events. In addition, Sheila enjoyed placing flowers on the graves of many relatives and friends. George enjoyed traveling all over New England to make this possible each year.

Special thanks to her neighbors Grace Williams and Rose Elwood for always being there to help and visit, friends Evelyn and Ron Bissonette doing her errands, Jeanette Adams and Kaye Lyons for making sure Sheila had rides to church, Nancy Holcomb as her care giver, Kevin and Joanne Holcomb for overseeing their health and physical needs, and for the wonderful care by her Doctor Megan Malgeri from Milton Family Practice.

A Graveside service will be held on Thursday January 14th at 1pm at St. Ann's Cemetery in Milton.

Her Memorial Mass will be held on Monday, September 27 at 11 AM in St. Ann Church.
To order memorial trees or send flowers to the family in memory of Sheila Marie Stevens, please visit our flower store.