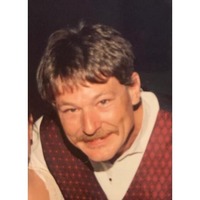 Grand Isle, VT -- Shawn Roy Lamphere, 55, of Grand Isle passed away on October 26, 2021, at Mass General in Boston surrounded by his family.

He graduated from Colchester High School in 1983. In his younger years he began working on his Grandparents Dairy Farm in Grand Isle, helping with the Animals and Hay every year. Later in life on the same Farm Shawn raised his own replacement heifers and Piglets. Shawn also worked as a landscaper for the Grand Isle Nursery in South Hero, both in which he took great pride. Shawn's true passion was Deer Hunting and Ice Fishing.

Shawn is survived by his wife Kelly (Marra) Lamphere; his daughter Jessy Lamphere and Ken Paquette of Colchester; his parents, Roy and Marcia (Martin) Lamphere; his brother, Shea Lamphere and Elizabeth Roy, his nephews, Nicholas Lamphere and Nathan Lamphere also of Colchester; his Aunt, Gloria Coffin of Errol, NH; his Cousin Leeann and Dayle Wright of South Burlington. Shawn is also survived by his mother-in-law, Mary Marra of Milton; his brother-in-law, Matthew and Amy Marra of Hinesburg; his sister-in-law, Toni Marra and Ray Davenport of Montpelier; his nephews, Logan Marra and Kolby Marra; his niece's Natasha Gilchrist and Kiersten Gilchrist of Milton. Shawn is also survived by Shelly Goodrich, the mother of his daughter Jessy.

Shawn is predeceased by his grandparents, Leland and Shirley (Tourville) Martin and Ralph and Elizabeth Lamphere; his Cousin Michelle Bartlett; and his father-in-law, Anthony Marra.

Visiting hours will be held on Friday, November 5, 2021, from 4 pm to 7 pm at the Minor Funeral Home in Milton, Vermont.

Masks are appreciated, but optional.

To order memorial trees or send flowers to the family in memory of Shawn Roy Lamphere, please visit our flower store.