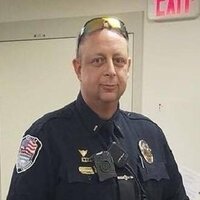 Michael, the second son of Mary Jane and Roger Cram, began his military career with the 165th Military Police Company in Fischbach bei Dahn in the Pirmasens region of Germany, where the unit protected the nuclear arsenal at NATO Site 67. His first military assignment, under the supervision of Sergeant Terry Coon, grounded the successful military career to follow.

Michael later graduated with honors from the Fort Lewis K-9 Corps Training Program and in June of 1990, he left active duty. In Vermont, he joined the 1st Detachment of the 172nd Law and Order Division of the Vermont National Guard in Northfield, under the current Vermont National Guard Assistant Adjutant General Brigadier General Michael T. Heston and following two Cram generations into the reserves. His grandfather Major General Reginald M. Cram served as Vermont National Guard Adjutant General until 1981 and father Roger Cram served 27 years in the Coast Guard Reserves. Cram would emphasize the importance of the Brigadier General's leadership on his early career as a young reservist.

"He got tired of making me come to drill, and called me Sergeant Sunday. He finally promoted me to get me to drill on time. He made a difference in my life. He changed my ways and he pushed me to success."

In the same year Michael began a life-long career of police service, graduating from the Vermont Police Academy and joining the Town of Milton Police. In 1994, he moved to the Chittenden County Sheriff Department and in 2006 he joined the Winooski Police Department where he reached the rank of Lieutenant and where he recently developed the department's new motorcycle unit.

In 2017, he was awarded the Winooski Police Department's Chief's Award for dedicated leadership and service to the citizens of Winooski. At a service in October, Cram's call identification number "919" was retired by the department.

He met his wife of seventeen years in 1993, and Michael married Patricia Robinson on July 21, 2000. A steady presence in his new family, Michael would gently guide his children into adulthood and would become a nurturing and beloved grandfather. Residents of Milton during their life together, the Cram's have been active in the community and in Vermont politics. They have been particularly active supporters of members of both the U.S. military and the Vermont National Guard, where Mrs. Cram served as Family Readiness Group Coordinator during her husband's deployments.

In 2017, the couple established the 919 Foundation to offer financial assistance to attendees of Camp Ta-Kum-Ta, an organization that provides young cancer victims access to a camp experience.

In 2004, Michael answered his country's call when Vermont's 42nd Infantry Division was deployed to Diyala Province in Iraq as an attachment to the 278th Tennessee National Guard Cavalry.

"One of the biggest privileges of all of my deployments is that I brought everyone home from Iraq in one piece," Michael recalled. "No Purple Hearts. We did a lot of convoy duty. We were all over the country. We hit mortars. We were rocketed. And we came home in one piece."

Michael's motto was "work hard, play hard" and he certainly lived up to that. One of his greatest pleasures in life was mentoring. He did this in every aspect of his life, from his children and grandchildren, to the soldiers in the Army, and the police officers in his department. He taught so many people so many things.

In the years to follow, the members of Cram's 172nd Law and Order Division serving in Iraq would experience a seemingly high incidence of cancer and pre-cancer conditions.

In 2009, Michael returned to the 172nd for a final deployment to Ghanzi Province, Afghanistan. Soon relocated to Charikar in Parwan Province, the unit would experience a dramatic attack.

"We got hit, my four vehicles and sixteen soldiers. I was in the fourth vehicle, and Jeff Sollace, my friend forever, was in the third. We were driving to our base and Jeff's vehicle flipped end-over-end. My vehicle took a rocket propelled grenade to the right front of the engine."

His unit would return with injuries, but no casualties.

Michael was an avid hunter and sportsman, spending fall months in the woods of Maine and Vermont and summers on Lake Champlain in their boat. A broad circle of friends speaks to the man who was respected and admired in every aspect of his life. For years, his home has hosted holidays for his large extended family and every member of that family, whatever the generation, was touched by his generosity and unquestioning support. The passion of his life was his wife and their family. The pride of his life was the children they raised and the grandchildren they nurtured.

Sergeant Major Michael Evan Cram died of cancer on December 17, 2017 at his home in Milton in the presence of his loving family. He is survived by his wife Patricia McLaren Cram of Milton, and by their children Jonathan Duncan Robinson of Highgate, Vermont and Nathan Adam Robinson of Panama City Beach, Florida. He is also survived by his parents Mary Jane and Roger Cram of Athens, Georgia; his brother Christopher Cram and his wife Lisa of Alexandria, Virginia; by his grandchildren Specialist Kaleb Ladue of Fairbanks, Alaska; Taylor Ladue-Robinson of Swanton and Highgate, Vermont; and Sidney and Chase Robinson of Panama City Beach, Florida. His nephew Harris Cram of Alexandria, Virginia, his brother and sister in-laws Robert and Dianne McLaren of Essex, VT, his brother in law Mark McLaren on New York, NY, nieces and nephews: Jeffrey McLaren, his wife Danielle, and their daughter Edith of Seattle, WA, Ryan McLaren and his wife Adrienne of Burlington, VT, Ashley McLaren and her boyfriend Michael Abbott of Burlington, VT, and by his Aunt Judy and Vincent Wallen of Springfield, VT.

Michael does not wish to have any flowers sent, in lieu he would prefer donations in the name of Michael Evan Cram may be made to the 919 Foundation, by mailing them to the Winooski Police Department, Chief Rick Herbert, 27 West Allen St, Winooski, VT 05404..

Funeral services for Michael Evan Cram will be held at the Elly Long building, located at 223 Ethan Allen Ave (Fort Ethan Allen), in Colchester, VT on Friday December 22, 2017 promptly at 9:19 am.

The interment ceremony will take place at the Vermont Veterans Cemetery in Randolph, VT at a later date.


To order memorial trees or send flowers to the family in memory of SGT Major Michael Evan Cram, please visit our flower store.