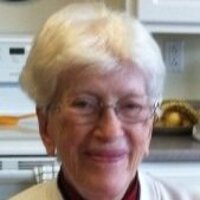 Ruth Palsgrove Schaffner passed away peacefully May 11th, 2016. Ruth was born in Schulykill Haven, Pennsylvania on January 6th, 1930, the daughter of John and Laura (Berger) Palsgrove. Ruth attended Schuylkill Haven High School, and then went on to Washington D.C. General Hospital School of Nursing, and became a registered nurse. Upon finishing her College degree, and working at D.C. General, she began dating a young handsome Marine, Ivan Richard Schaffner, Sr. (also born and raised in Schulykill Haven) who was stationed in Washington D.C. They were happily married on July 4th, 1957, and thus began their 59 years of a loving, devoted, happy marriage together. She lived a long healthy life of love, service, compassion and laughter. Ruth loved to read, and mostly, spend time with her children and Grandchildren. She enjoyed playing games, sharing meals, and watching her family swim and play, during their many years of summer vacations together, at various Vacation homes they enjoyed together over the years.

Ruth is survived by her devoted husband, Ivan Richard Schaffner Sr. of Essex Jct., Vermont, her Son, Richard Schaffner , and his wife Janis of Williston Vermont, , Daughter-in-law Elaine Schaffner of Goffstown N.H., her Son Jefferey Schaffner and his wife Tamra of Sharon Vermont, and her Daughter Meredith Gilbert and her husband David of Milton Vermont. She is also survived by her seven Grandchildren who were (and still are!) her pride and joy; Zachary, Sadie, and Jacob Schaffner, Daniel , Brian and Benjamin Gilbert, and Alyson Rochefort and their families. She is also survived by two Great Grand children; Emma Gilbert, and Colby Rochefort.

Memorial service in Ruth's honor will be held on Friday, May 20th 2016 at 10:00 a.m. at The Church Of Jesus Christ Of Latter Day Saints on Essex Way in Essex Jct., Vermont. Burial will be in the Vermont Veteran's Cemetery in Randolph Vermont on May 24th, at 9am.

To order memorial trees or send flowers to the family in memory of Ruth P. Schaffner, please visit our flower store.