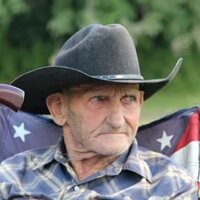 Grand Isle/Westford
Rudolph "Rudy" Botala, 84 of Grand Isle passed away peacefully in the presence of his loving family on Thursday, August 11, 2016 in the St. Albans Health and Rehabilitation Center in St. Albans.
Rudy was born March 4, 1932 in Shelburne, the son of the late John and Inez Center Botala. On September 5, 1954 he married Patricia Knox in Charlotte. A dairy farmer for most of his life, he started out working for the Bucklin Farm in Shelburne as a young man and from there he found employment with the Thorpe Farm in Charlotte. In 1967 Rudy and Patricia purchased a farm of their own and moved with their young family to the homestead in Westford. In 1976 Patricia passed away. Due to his declining health, Rudy had been living with his son and daughter in law, Bill and Patty Botala in Grand Isle until the last few weeks he enjoyed living at the St. Albans Health and Rehab Center.
As one who loved children, Rudy enjoyed driving school bus for Roland Pigeon in Westford and the surrounding area. He will be dearly missed.
Rudy is survived by his children, Patsy Parker and her husband Eddy of St. Albans, Beverly Botala of Hinesburg, Randy Botala and his wife Lisa of Fairfax, Lucy Botala of Swanton, Barb Botala of Tupper Lake, NY, Bill Botala and his wife Patty of Grand Isle, Lindsey Carrievo of Lynn Mass. and Rodney Botala, Joshua Botala and Rachel Botala all of Alburg, 21 grandchildren and 18 great grandchildren, his sister Frederica Botala of North Ferrisburgh as well as several nieces, nephews and cousins. Rudy was predeceased by his wife Patricia, his brothers Cyril, Arnold, Frank, John and Harold Botala and his sister Arline Lewis.
Visiting hours will be held on Tuesday, August 16, 2016 from 10 am to Noon with a funeral service held at Noon in the Minor Funeral Home, Route 7 in Milton. Committal will be held later at the convenience of the family.


To order memorial trees or send flowers to the family in memory of Rudolph S. "Rudy" Botala, please visit our flower store.