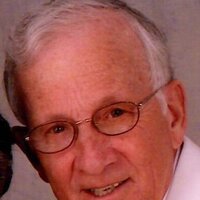 Ronald Francis Boudreau, 82, of Milton and Palm Harbor, Florida passed away surrounded by his loving family on January 18, 2019 in Weymouth, Massachusetts.

Ron was born July 27, 1936 in Burlington, the son of the late Paul and Selina Champagne Boudreau.

He graduated from Milton High School and started his working career at the Milton Cooperative Creamery. He worked in Hudson, NY for the Chiarella automobile dealership prior to his return to Vermont. He owned and operated Milton IGA and later was employed at IBM for over 30 years. He had been a member of the Vermont Army National Guard, the Milton Volunteer Fire Department, the local Jaycees and Seneca Lodge # 40 F & AM, Milton where he held many offices becoming Lodge Master and later went on to become Grand Officer. He joined Chittenden Chapter # 59 of the Order of the Eastern Star serving as District Deputy Grand Patron. He served as Worthy Grand Patron for the State of Vermont and was also selected to serve as General Grand Chapter Committee Member for Shrine Charities for the United States. He also was a member of the Shriners.

Golfing, fishing, bowling and visiting yard sales were favorite pastimes, however most important to Ron were his family and friends as well as his dogs, Sabastian and Bentley. He will be greatly missed by all who knew him.

Ron is survived by his loving wife, Sharon Boudreau and his family, Deborah Boudreau-Parker and her husband, Mark, Jill Desranleau and her husband James; his stepsons, Gerald Wilcox and his wife Maryse and Daryl Wilcox; his grandchildren, Lucas Neily and his wife Kristen, Currier Neily and her partner Josh Carter, Samantha Beeman and her husband Andrew, Dylan Desranleau and his wife Elyse, Justin Wilcox and Jonathan Wilcox; and his great grandchildren, Elin, Weston, Tessa, Damian and Willa. He was predeceased by his brothers and sister, Paul, Mark and Armand Boudreau and Joyce Siller.


To order memorial trees or send flowers to the family in memory of Ronald Francis Boudreau, please visit our flower store.