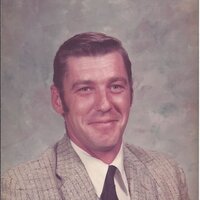 Georgia - Roland "Pete" Charles Belval, 74, died peacefully on October 12, 2016 at the Vermont Respite House in Colchester.
Roland was born on June 16, 1942 in Williston, VT, the son of Charles and Mary ( Pigeon ) Belval.
Roland had been employed by S.T. Griswold for over 28 years, he also worked for Camp Pre-Cast for a short time before retiring in 2007.
He is survived by his his former wife Madeline Belval, his children Colleen Pecor and her friend George Gebicker of Essex, Marlene Boucher and her husband David of Milton, Ron Belval and his wife
Lee-Anne of St. Albans and Laura Muir and her husband Jamie of Georgia, 10 grandchildren, 13 great grandchildren, his siblings Pauline Belval, Louis "Joe" Belval and his wife Mary, Theresa Maynard, Rita Dupree and her husband Roger, and Leo "Pup" Belval and his wife Cheryl of all Milton, by his brother-in-law Paul Trembley of Georgia and by several nieces and nephews.
Roland was predeceased by his parents and his sister Gloria.
Visiting hours will be held on Sunday, October 16, 2016 from 4 - 7 in the Minor Funeral and Cremation Center in Milton with a wake service at 7pm by Fr. Feltz.
Memorial contributions in Roland's name may be made to the Vermont Respite House, 3113 Roosevelt Highway, Colchester, VT 05446.
A graveside gathering will be held on Monday at 11am, October 17, 2016 in New Mt. Calvary Cemetery in Burlington.

To order memorial trees or send flowers to the family in memory of Roland Charles "Pete" Belval, please visit our flower store.