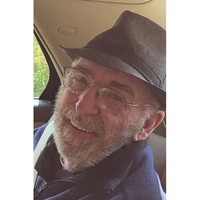 Shelburne, VT--Roger Norman Vachon, a longtime resident of Essex Center, Vermont and The Villages, Florida passed away peacefully with his family by his side after an extended period of declining health at The Arbors at Shelburne on March 7, 2022. He was loved (and will continue to be loved) for 87 years. Roger was born on July 29, 1934, in Salem, Massachusetts, the son of Henry Vachon and Cecile (Robinson) Vachon. Roger grew up in Danvers, Massachusetts. He married the love of his life Patricia Michaud on August 27, 1955, in Madawaska, Maine. Roger was a veteran of the US Air Force and was stationed at the former Loring Air Force Base in Limestone, Maine where he was a gunner on a B36 bomber during the Korean War. He worked at Raytheon in Massachusetts, before moving his family to Essex Center, Vermont to begin his engineering career at IBM. Roger lectured and taught catechism at church, was a member of The Knights of Columbus, and was an Assistant Boy Scout Master. After his retirement from IBM, Roger joined the summer work crew at the Champlain Valley Exposition while spending the winters in Panama City Beach, Florida. Once he was fully retired, they moved to The Villages, Florida and had a memorable time with Pat's brother and wife - Roger & Aline, her sister and husband - Dorothy & Dean, and their new friends. Roger's family meant everything to him. Spending time with his immediate and extended family filled him with joy. Hosting family barbeque at their backyard swimming pool and bringing families together at their waterfront cottage on Lake Carmi were very enjoyable times. For the last four and half months, Roger and Pat were able to live together at The Arbors - such a loving and special time together. Roger will be well-known for his great storytelling - adding more drama and details each time his stories were told. We will never forget all the evenings of card games and laughter. He knew how to have fun and was often the life of the party. Those who got to know Roger while he was living at the Arbors always knew where to find him - in the activity room making puzzles and participating in games. His infectious smile and sense of humor will be missed. Roger cared about the people in his life and had the ability to bring out the best in everyone he knew - family, friends, and co-workers. It has truly been an honor to call Roger "Husband," "Father," "Pépère," Uncle," "Brother," and "Friend," He is survived by his spouse Patricia of 66 years; his children: Norman Vachon and his wife Sohier of Windsor, California, Elaine and her husband Bill Nyhagen, of Essex and Julie and her husband Larry Reynolds of Westford; his 8 grandchildren: Stephanie Reynolds and her husband Blake Matheny of Kanazawa, Japan, Evan Reynolds of Oregon City, Oregon, Kelly Nyhagen and her husband Forrest Berndt of Orlando, Florida, Lisa Nyhagen of Boulder, Colorado, Erik Nyhagen and his fiancé Madeleine Kim of Essex, Peter Vachon and his fiancé Maddie Meffert of Hibbing, Minnesota, Kristina and her husband Safwan Daya of Rohnert Park, California, Natalie Albanna of Windsor, California and his three great-grandchildren: Noula, Melania, and Rhys Roger. He is predeceased by his parents Henry and Cecile Vachon and his sisters Doris (Vachon Motzi) Torchia and Marlene McGinnity. The family would like to thank all the staff at The Arbors at Shelburne and Bayada Hospice for their amazing and wonderful care of Roger. A special thank you to Dean for being such a good friend. A service and celebration of his life will take on Saturday, June 4, at 1PM in the Minor Funeral Home with a private burial in Mountain View Cemetery in Essex Center.
To order memorial trees or send flowers to the family in memory of Roger Norman Vachon, please visit our flower store.