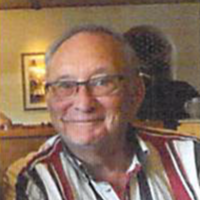 Roger Armand Soutiere, 80, passed away on August 22nd, 2022 at Advent Hospital in Deland, FL. Roger was born on July 10th, 1942 in Burlington, Vermont. He was the son of Armand and Yvonne (Dion) Soutiere. Roger enjoyed being a barber for 50 years and was so proud when he started Roger's Barber Shop in October 2001 in Milton, Vermont. He cherished the relationships that formed in his barber chair. When he wasn't cutting hair, you would've found him flying remote airplanes with friends or completing word searches on his back patio. He lived in Colchester, Vermont until moving down to Florida in 2020 to be around family and to keep busy with his own vegetable garden. Roger is survived by his daughters; Pamela (Richard) Gerardi and Deborah (Micheal) McGirr. His grandchildren; Jacob (Kristina) Gerardi, Nicole (Jaedan) Gerardi, Micheal McGirr, Christopher McGirr and Kaitlyn McGirr. His special companion of 20+ years, Sharon Provost. His sisters; Carol Coombs and Shirley Richer, and several loving aunts, uncles, nieces, nephews and cousins. Roger will be celebrated at Minor Funeral Home on September 21, 2022 with visiting hours from 4-6pm. There will also be a private burial on September 22, 2022 for family only. God saw you getting tired, and a cure was not to be, so he put his arms around you, and whispered "Come with me". With tearful eyes we watched you and saw you fade away. Although we love you dearly, we could not make you stay. A golden heart stopped beating, hardworking hands to rest. God broke our hearts to prove to us, he only takes the best.
To order memorial trees or send flowers to the family in memory of Roger Armand Soutiere, please visit our flower store.