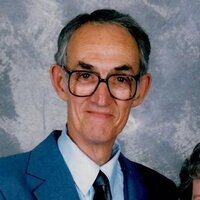 St. Albans - Roger W. Royer, 83, died peacefully at his daughters house on Thursday, April 25, 2019 with his beloved family surrounding him. Roger was born on March 28, 1936 in Hartford, CT. to Ida (LaClaire) Royer and William Royer. He was a graduate of East Hartford High School's class of 1954. Following graduation, Roger enlisted in the United States Air Force and was stationed in Edenborough Scotland. Roger worked for Pratt and Whitney Aircraft (United Technologies) and also Curtis 10000 where he met his life-long friend Bob Steinberg.

Roger married Lynette (Bessette) on December 4, 1970 in Connecticut and moved to Vermont in 2000.

Roger is preceded by his beloved sister, Claire Tanzer, and both of his parents and his mother-in-law Beatrice Bessette..

Roger was an avid fan of The University of Connecticut Men's and Women's basketball teams as well as the "Boys of Boston" his beloved Red Sox. He also enjoyed a good Patriots football game.

In addition to his wife Lynette, he is survived by his daughters Tammy Buckmaster and her husband Michael of Longmeadow, MA., Kimberly Royer and her wife Jennifer of St. Albans, and his son Brian and his wife Brenda of Fremont, NH. Roger is also survived by his grandchildren Beatrice, Mary, Sarah, Joshua, Patrick and Caitlin, and several nieces, nephews and cousins.

Visiting hours will be held on Tuesday, April 30th from 5:00pm to 7:00pm at the Minor Funeral and Cremation Center in Milton. A Mass of Christian Burial will be held on Wednesday, May 1, 2019 at 10:00am at Holy Angels Catholic Church in St. Albans.


To order memorial trees or send flowers to the family in memory of Roger William Royer, please visit our flower store.