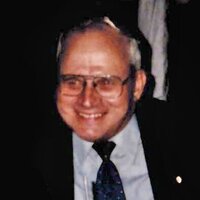 Roger was born in Burlington on May 8, 1939, the son of the late Ellsworth and Victoria (Trombley) Poquette.

Roger was employed as a Quality Control Engineer at General Electric in Burlington for 30 years. He then worked at Bio-Tek Instruments in Winooski and Triangle Sheet Metal Fabrication in Milton.
He married his childhood sweetheart, Carol Ann Bruley on September 6, 1958. In addition to Carol, Roger is survived by their children Julie Berard and her husband Dennis, Barb Trousdale and her husband Curtis, Scott Poquette, Karen Groseclose and her husband Bill and Craig Poquette and his wife Alicia (Keith).


Active in the community, Roger served on the North Hero Cemetery Committee, Planning Commission, and fundraising activities for the former St. Benedict Catholic Church in North Hero.
Roger served proudly for 8 years in the Air National Guard and as a Grand Isle Deputy Sheriff for many years.
Roger enjoyed farming including raising cattle, making maple syrup, Christmas tree farming and spent many hours on his treasured tractor. An avid ice fisherman, Roger loved making ice fishing lures and rigging up his 4 wheeler so it had all the comforts. Other hobbies included hunting, fishing, playing bingo, bowling, boating, water skiing and watching baseball and basketball.
The family would like to give special thanks to the staff at Our Lady of the Meadows in Richford who took wonderful care of him during his stay there, Birchwood Nursing Home, and TLC whose staff provided wonderful care as his disease progressed and the VNA Respite House staff who provided special care and compassion to all of us during his final days.
Donations in Roger's memory may be made to the VNA Respite House or the Alzheimer's Association.
Visiting hours will be held on Thursday evening December 15, 2016 from 4 - 7 p.m. at the Minor Funeral and Cremation Center in Milton.
A Mass of Christian Burial will be celebrated on Friday, December 16, 2016 at 10:00 a.m. in St. Rose of Lima Catholic Church in So. Hero.
Burial will follow in Jerusalem Cemetery in North Hero.

To order memorial trees or send flowers to the family in memory of Roger Joseph Poquette, please visit our flower store.