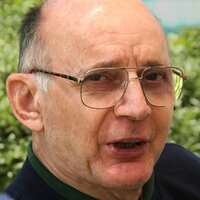 Roger was born on 27 April, 1936 in Colchester, VT and raised in Winooski, VT.
He was the son of Harvey Edgar Meunier and Agns (Therrien) Meunier originally of Winooski, VT.

Between 1951 to 1976, Roger belonged to the religious order of the Brothers of the Sacred Heart, a teaching order of Brothers located mainly in New England; and he professed final vows under the name of Brother Xavier. He taught English subjects in various New England schools operated by the Brothers including schools in Lewiston, Maine and Nashua, New Hampshire, as well as a provincial school in St. Laurent, Quebec, a suburb of Montreal. While teaching at Bishop Guertin High School, a college prep high school in Nashua, NH, Roger was the debate team coach which achieved outstanding awards.

After leaving the order of Brothers in 1976, Roger worked at various occupations, as well as taking post-graduate courses in English at the University of South Carolina in the 1980's.

Between 1986 and 2001, Roger worked in the Public Relations section and Training Department for the Department of Social Services, State of So. Carolina in Columbia, SC, from which he retired in 2001. During retirement Roger did some volunteer work for the Senior Center in Summerville teaching some computer word processing courses, and belonged to the Knights of Columbus in Summerville where he often provided some photography services and prepared public relations material.

He is survived by his brothers Charles of Swanton, Vermont, and Andr of Summerville, SC, and nieces Kristina Meunier and daughters Emma and Olivia of Summerville, and Marcy Gossett and her daughters Julia and Morgan of Gilbert, SC.


To order memorial trees or send flowers to the family in memory of Roger Harvey Meunier, please visit our flower store.