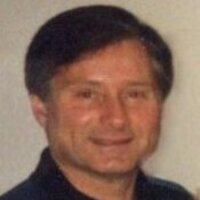 Roger Owen Campbell of Essex, VT, passed away peacefully on Wednesday, April 3, 2019 at the McClure Miller Respite House in Colchester.

Roger was born on May 3, 1947 in Cambridge, the son of the late Marvin Owen and Florence Theresa Cardinal Campbell. He graduated from Essex Junction High School in 1965 and the University of Vermont with a Bachelor of Science degree in Education in 1969. During his time as a math teacher at Winooski High School from 1969 to 1977 he earned a Master of Arts in Teaching (M.A.T.) from the University of Vermont in 1974.

Following his teaching career, Roger worked for the State of Vermont from 1978 to 2007 as a Statistician and Health Data Administrator. He also served his country in both the Vermont Army and Air Force National Guard from 1969 to 1993.

Roger had a great love of the outdoors. He was an active runner and loved to kayak. He also enjoyed golf, cross country skiing, participating in summer biathlons and umpiring youth baseball for several teams. Roger also enjoyed horse racing. He and his Dad spent many enjoyable hours at the Saratoga Race Course calculating the odds on their favorite picks of the season.

On November 11, 1989 Roger married Julie Magnant of Barre, VT. Besides his loving wife Julie, Roger is survived by his sister Phyllis Campbell Sweeney and her husband, John Bowler of Danville; His mother in law, Aline Magnant of St. Albans; Brothers in law, Laurence Magnant and his wife, Denise of St. Albans, Dale Magnant of Jericho and Philip Magnant and his wife, Kristine of South Burlington. He also leaves his nieces and nephews; Amanda, Corinna, Gwen, Nicholas, Patrick and Alysha.

A Funeral Mass will be celebrated on Monday, April 8, 2019 at 11 am in Holy Family Catholic Church in Essex Junction followed by a reception in the Holy Family Parish Hall adjacent to the church.

Burial with Military Honors will be held at 2:30 pm in St. Luke's Cemetery in Fairfax.

Memorial contributions can be made to the Franklin County Animal Rescue.


To order memorial trees or send flowers to the family in memory of Roger Owen Campbell, please visit our flower store.