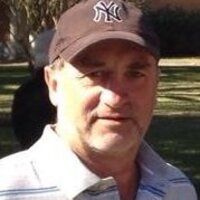 Rod's story starts on December 14, 1955, the youngest child to Fred and Esterleen (Fortin) Dion. Rod was born in Burlington, Vermont and attended and graduated from South Burlington High School where he excelled in many sports, especially football and baseball. High school is also where he met the love of his life, Deborah (Hoyt) Dion whom he married in the North Avenue Alliance Church in Burlington on April 23, 1977. Rod and Debbie settled in Milton, Vermont, raised three children and have played a significant role in helping to raise their two grandchildren. Rod was renowned for his cooking and generosity, especially when it came to food. Everyone always knew they would have plenty of "homemade" delicious food to eat when visiting the Dion household.

Rod was an avid boater and was happiest on the water with his family and friends. He absolutely loved the ocean and Lake Champlain, which is where Rod's life tragically came to an end, on June 15, 2016 at the age of 60.

Visiting hours will be held on Tuesday June 21, 2016 from 4-7pm in the Minor Funeral and Cremation Center in Milton.

A Funeral Service will be held on Wednesday June 22, 2016 at 11am in the Funeral Home with burial following in the Milton Village Cemetery. A catered celebration of Rod's life will follow at the Eagle Club in Milton.

Online condolences may be made to www.minorfh.com.

In lieu of flowers please make donations to the Disable American Veterans or to the charity of your choice in Rod's name.

To order memorial trees or send flowers to the family in memory of Rodney Paul Dion, please visit our flower store.