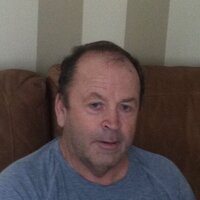 Robert L. Fisk Sr. 72 passed away Saturday, August 25, 2018 at the UVM Medical Center in Burlington. Bob was born August 17, 1946 in Morrisville Vt. The son of the late Wyvis (Bill) and Emma (Wheeler) Fisk. He was a member of Labor Local 522 for over 50 years and was President of the Union for over 30 years. He worked on many projects in Chittenden County including UVM, Fletcher Allen Hospital, The Radisson Hotel & IBM Essex. For the next 20 years he was the Superintendent for Over and Under Piping, laying gas lines in Chittenden and Franklin county as a subcontractor for Vermont Gas.

Bob was a very active person enjoying golf, working out daily and spending time with his grandchildren and great-grandchildren. He was an avid Red Sox and Patriots fan.

Our family would like to thank the Doctors and Nurses at the UVM Medical Center for his excellent care and thank Tom Loyer, Chris Clark and all his gym buddies at Milton Excel Physical Therapy for many years of friendship.

Per Bob's Request there will be no visiting hours and the burial will be at a time of the families choosing.


To order memorial trees or send flowers to the family in memory of Robert Lee Fisk Sr., please visit our flower store.