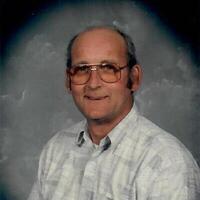 Milton, VT--Robert Allen Smith, 73, passed away July 16, 2022 at his home. Robert was born on April 14, 1949 in Milton, Vermont, the Son of Gerald Smith and Caroline (Sheldon). Straight out of high school Robert joined the Navy and was active until 1971, when he was released with an honorable discharge. On November 30, 2015 Robert married Paula Bessette at their home in Milton. Robert was a road crew employee for the Town Of Milton for many years, but also was employed at Bond Auto Parts known currently as O'Reilly Auto Parts and Al's French Fries during his working life. Robert was known for his love of collecting scrap metal and was nick named "Scrapper" by his wife. He was remembered for his supply of firewood and collecting bottles from his children. He is survived by his spouse Paula; his children, Barry (Sarah) Smith of Milton, Robby Smith of Milton, Terry (Michael) Slingerland of Colchester, Richard Greenough of Essex; his grandchildren, Jaxen Smith, Elliot Smith, Tyler Sweet, Michael Slingerland Jr, Jake Greenough, Hannah Greenough; and his great granddaughter Morghan Slingerland; his Siblings Ella Mae (Walter) Bidwell of Milton, Marilyn (Michael) Duranleau of North Troy, Eugenea Smith of Burlington and several nieces and nephews. Robert was an avid hunter and enjoyed spending time in the woods and will be missed by his hunting friends at the camp in Pennsylvania. He is predeceased by his father Gerald Smith; mother Caroline Smith; brother, Richard Smith; sister-in-law, Teresa Bushey; sister, Patty Badger; brother-in-law Michael Badger. Visiting hours will be held on Wednesday July 20,2022, from 5pm to 7pm at the Minor Funeral Home in Milton.
To order memorial trees or send flowers to the family in memory of Robert Allen Smith, please visit our flower store.