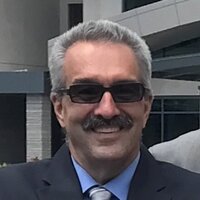 Cambridge - Robert J. Proulx Jr.,66, died unexpectedly Thursday morning October 22, 2020 at his home due to a pulmonary embolism.
Bob was born in Tewksbury, MA, on July 28, 1954, the son of Robert J. Proulx Sr. and Barbara Marie (Gregoire) Proulx.
He was raised in Dracut and graduated from Dracut High School in 1973. On March 8, 1975, he married Denise Pudsey in Chelmsford, MA.
His first job was working for Prince Macaroni, he later worked for Raytheon in Andover, MA for over 10 years then for the Lowell Fire Department for over 4 years before moving to Jeffersonville where he worked for S.D. Ireland and many other trucking companies before retiring in 2016. Tired of retirement, he decided to start his own company R n D Enterprises, where he enjoyed tile work, cement work and welding.
He was very involved in his congregation at the Kingdom Hall of Jehovah's Witnesses in Cambridge. He enjoyed being a part of LDC, working as a volunteer helping build congregations in Maine, NH, MA and VT.
He enjoyed doing models, fishing, kayaking and spending time with his family and his loving kitten Dusty.
He is survived by his loving wife Denise Proulx of Cambridge and their children Robert J. Proulx III and his wife Irene of Dracut, MA, Dustin Paul Proulx and his wife Diana of Hinesburg and Carrie Elizabeth Stone and her husband Abel of Bakersfield. He is also survived by grandchildren Noah and Zachary Proulx, Damon, Deona and Danica Proulx and Jabyn, Gavyn, Jude and Emery Stone. Robert also is survived by his father Robert J. Proulx Sr. of Dracut, MA, his sister Joan Crooker and her husband Roger "Butch" Crooker Jr. of Temple, NH, his brothers Kenneth Proulx and his wife Robin of Townsend, MA, Michael Proulx of Tynsboro, MA and by Denise's mother Lillian Pudsey of Brookline, NH, Denise's brothers and sisters Linda Polk and her husband Tony of Nashua, NH, twins Ron Pudsey of Thompson, CT & Rachel Lessard and her husband Gary of Hudson, NH, Billy Pudsey of Brookline, NH, Gene Pudsey of Jaffrey, NH. and many many nieces and nephews.
He was predeceased by his mother Barbara Proulx, his twin grandchildren Merryk and Jewel, his father-in-law Eugene Pudsey and his sister-in-law Sharon Batista and his brother-in-law Ernest Pudsey.
A graveside service will be private at the Jeffersonville Cemetery at the convenience of the family.
For those who wish online condolences may be made to www.minorfh.com

To order memorial trees or send flowers to the family in memory of Robert Joseph Proulx Jr., please visit our flower store.

Bob&amp;#039;s Funeral Service will be seen by Zoom through the Kingdom Hall of Jehovah&rsquo;s Witnesses in Cambridge at a later date

Due to COVID Bob&amp;#039;s Burial service will be private in the Jeffersonville Cemetery.