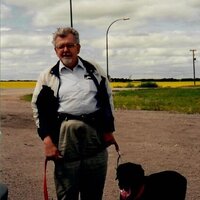 Milton - Robert W. Hicks, 87, died Sat. August 22, 2020 at St. Albans Health and Rehabilitation Center in St. Albans.
Bob was born on May 15, 1933 in Lakewood, Ohio, the son of Howard and Maude (Stupplebeen) Hicks.
Bob was married to Dorothy Ann on April 22, 1961 at Our Savior's Lutheran Church in Rocky River, Ohio. He had worked as an architect designer for the State of Vermont for many years.
He was a member of the Masons, of the Blue Lodge, serving as Past Master. He was also a member of the Scottish Rites.
Bob is survived by his special friends Dan and Kristin McNamara of Georgia, who looked out for Bob for many years.
He is also survived by his sister-in-law Bernice Hicks, niece Cindy Jensenovec and her husband Rob and nephew Duane Hicks, all of Ohio.
He was predeceased by his wife Dorothy on December 31, 2008 and his brother Howard.
There will be no services at this time.
A Memorial Service will be held at a later date at the Minor Funeral Home in Milton.
For those who wish, online condolences may be made to www.minorfh.com


To order memorial trees or send flowers to the family in memory of Robert William "Bob" Hicks, please visit our flower store.