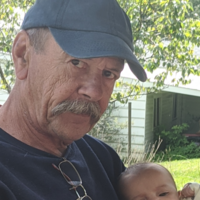 Fairfax - Robert G. Carlson, 67, passed on to Heaven unexpectedly at his home, following a brief illness, on Tuesday September 15, 2020.
Bob was born on February 1, 1953 in Cranston, Rhode Island, the son of Robert and Shirley (Dumoussaud) Carlson. He graduated from Essex High School in 1971 and worked for Colonial Distributors, AC Hathorne Roofing, TriAngle Metal Fab, and Chucks Heating & AC. He began working at IBM in 1981 and retired following 30 plus years of service. He was an Advanced Technical Specialist. He also worked at Global Foundries and then enjoyed several years of retirement.
Bob was married to Catherine Wilkinson 48 years ago on September 16, 1972 and together they raised four children, trusting their Heavenly Father through joys and troubles.
He spent his early years in and around the ocean. He loved spending time outdoors with his sister, Heidi, his Mom, and Grandfather, Gus. As a teen he enjoyed being the big brother to his baby sisters. He continued to be a nature enthusiast throughout his life, sharing adventures with his children and grandchildren.
He was a devoted grandpa, cherishing every moment with his grandchildren. His grandson Nicky's favorite memory of him was learning how to ride a mini bike. His grandson Edison loved building campfires with him and toasting marshmallows to make s'mores. Gwyn's memories are camping with Grandpa and going to the Falls. Micah's fond memories are his tickling sessions and fishing. Henry says there was never an adventure that Grandpa wasn't up for. When everyone was too tired to explore they would talk about how a clock ticks, the names of all the construction equipment or their common love of tractors. On special days they would even drive his tractor. Every day with Grandpa was an engineering lesson with lots of hugs in between. When baby Maya smiled at him it melted his heart.
Bob had many hobbies and loved to tinker. He was a ham radio operator for many years. His call sign was N1ETS until a few years ago when it changed to W1EXZ. He was always working on new projects, loved to fix and build things and was never without his tools. He loved all things mechanical and was a master metal fabricator. He also liked computers and technology but also loved simple things and had a great time with his power assist bike. He took many motorcycle rides and loved driving his Miata all over the state. In recent years he enjoyed having coffee in the morning at Minor's Store with the guys.
Bob had a great and steadfast faith in God, resting on the promises in His word and sharing that joy with our small group. He had a big heart and will be dearly missed.
He is survived by his loving wife Cathy Carlson of Fairfax and their children Rebecca Bisking and her husband Ed of Lancaster, PA, Zeb Carlson and his companion Kim Salzmann of So. Burlington, Melissa Seifert and her husband Nick of Marshfield and David Carlson and his wife Leslie Osterman of Montpelier, and by his grandchildren Nicholas, Gwyneth, Edison, Micah, Henry and Maya.
Bob is also survived by his sisters Heidi Carlson of Midway, GA.; Kris Yandow and her husband John of Georgia, VT; Jennifer Jocelyn of Midway, GA and Terri Stone and her husband Duane of Durham, Maine; his in-laws, Earl and Marcia Wilkinson of Hurt, VA, and several nieces and nephews.
Visiting hours will be from 1 - 2 PM on Thursday, September 24 with service to follow at Essex Alliance Church . Masks and social distancing required.

To order memorial trees or send flowers to the family in memory of Robert G. "Bob" Carlson, please visit our flower store.