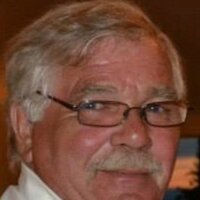 Obituary of Richard A. Gillis, Sr.

South Burlington, Richard A. Gillis Sr. passed away peacefully, Wednesday, November 1, 2017 at the VT Respite House in Colchester in the presence of his family.

Rick was born February 15, 1952 in Island Pond the son of Albert and Althea Ashe Gillis.

Rick was a true Patriot who served his Country honorably. After his time in the service Rick came home and tried his hand at a few different careers before finding the career that fit him best. Rick married Dorothy Hall, the love of his life, in 1976. Rick drove for Mayflower Transit from 1978 till 2008 with his children in tow. Rick spent his life after 2008 enjoying his children, grandchildren, friends & family. Rick was the life of the party and first to make someone smile. He was the type of person who would give you the shirt off his back and be there with a smile if you ever needed anything, no questions asked.

Rick is survived by his children; Rick Gillis Jr. and his partner Jessica Mumley of Richmond, Travis Gillis and his wife, Nicole of Grand Isle, Tiffany Gillis of Palm Bay, FL and Kaitlin Benway and her partner Max Fletcher of Colchester; His grandchildren, Isaiah, Alexa and Mason Gillis; Andrew and Haven Chiarelli and "Baby Gillis" due in May; His mother, Althea Gillis of Colchester; His brothers, Raymond Gillis, Sr. and wife, Darlene of Cobleskill, NY and Gary Gillis and wife, Colleen of Whittier, CA; His sister, Robin Giguere of Northboro, MA and his very best friend, who he thought of as a brother, Robert "Bob" Graham of South Burlington.

As per Rick's wishes, there will be no funeral services.


To order memorial trees or send flowers to the family in memory of Richard A. Gillis, Sr., please visit our flower store.