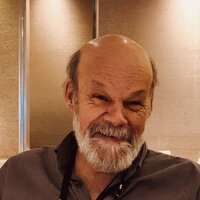 Raymond enjoyed traveling and tried new things with enthusiasm such as cruising, and visiting new places. He had a love for baseball, a longtime Boston Red Sox fan and valued the closeness that going to games with family created. Whether bonding over baseball, playing cribbage and gin rummy with lifelong friends, or simply telling jokes and teaching magic tricks to his grandchildren, Ray gave his full attention and energy to each and every moment. He appreciated the simple things such as a good cup of coffee at sunrise just as much as the big milestones in life. Most will remember Ray as a collector of many things and a Jack of all trades, willing to lend a hand whether he knew you well or not. He will be sorely missed in so many ways but always loved and never forgotten.

He is predeceased by hisfather, Raymond Jablonski, Sr.

Per Raymond's wishes there will be no services at this time but a celebration of life at a later date.

To order memorial trees or send flowers to the family in memory of Raymond Francis Jablonski, Jr., please visit our flower store.