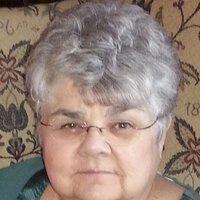 Paulette was born October 13, 1946 in Burlington, the daughter of John and Marjorie Paradee Bourgeois. She graduated from Milton High School with the Class of 1964. On October 22, 1966 she married Lewis Peltier Jr. in Milton and would have celebrated their 50th wedding anniversary this fall. An avid New England Patriots fan, Paulette worked as a Hairdresser in St. Albans and later became a Secretary and Dental Assistant for a local dental practice.

She is survived by her husband, Lewis of Milton and her daughter, Brandy of Williston. Her mother, Marjorie Bourgeois of Milton. Her brother, John Bourgeois and his partner, Brian Roy of Milton. Her sister, Jacquelyn Root and her husband, Gary of Milton and their children, Kelsey and James Burbo and Casey Root. Her mother in law, Elizabeth Marshall of Burlington. Her brother in-law, Robert Peltier and his wife Jane of Milton and his sister in law, Ellen Rivers and her husband Clifford of Vergennes and several nieces and nephews. She was predeceased by her father, John in 2009.

Visiting hours will be held on Saturday, May 21, 2016 from 2 to 4 pm in the Minor Funeral Home, Route 7 in Milton. A Service will be held at 4 pm in the funeral home with Pastor Elizabeth Griffin officiating.

In lieu of flowers, it is asked that contributions may be made to either the Humane Society of Chittenden County, 142 Kindness Court, South Burlington, VT 05403 or to "The Flag Trust" created for the maintenance of flags along Route 7 in Milton, c/o Sheryl Prince. P.O. Box 101 Milton, VT 05468

To order memorial trees or send flowers to the family in memory of Paulette M. Peltier, please visit our flower store.