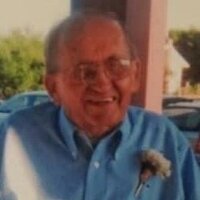 Milton - Paul H. Perry, passed away at home on Oct. 1, 2020 at the age of 94, surrounded by his loving family.
Paul was born in Burlington on August 25, 1926, the son of Fletcher Severance Perry and Ethel (Brigham) Perry. His childhood was spent with his 3 brothers living on Patchen Road in So. Burlington playing baseball and enjoying the outdoors. He graduated from Burlington High School in 1944 and enlisted in the Navy. Returning home, he attended Burlington Business College (Champlain) and started his career. He worked with VT Fish and Wildlife, then Sondik's Supply (Plumbing and heating). He joined IBM in its infancy, retiring in 1990.
He married Mary Scribner on July 6th of 1957 in Milton and resided there most of their lives.
Paul loved to dance and they would frequently be out on a Saturday evening with friends, finding some good music to dance to. He always looked forward to deer hunting with his brothers and longtime friends. He loved to fly airplanes and held his pilot's license. Being a diehard Red Sox fan,he often would share his love for baseball with his grandsons, even until recent weeks.
Paul was a gentle, thoughtful, honest, father, grandfather, uncle and friend, who will be missed.
He is survived by his wife of 63 years, Mary Perry of Milton, his children Jessica Scherzinger of Swanton, Janelle Butterfield and husband David of St. Albans, Michael Perry and partner Micah Erno of Montgomery, his cherished grandchildren Joshua Hamilton and Ryan Hamilton and wife Kathleen and Eliza Scherzinger and her father, Paul's son-in-law, Ken Scherzinger, Paul's sister-in-laws Nancy Dion and her husband Mike of Milton, Joyce Limoge of Middletown Springs, VT and Betty Blatt of Milton and by many nieces, nephews, cousins and an abundance of great friends, many of them like family.
Paul was predeceased by his son Mark in 1969, his brothers and their wives Wayne and Irene, Bud and Dot and Jack and Jean Perry, by his sister-in-law Connie Lamphere and her husband Clarence and by his brothers-in-laws David Blatt and Robert Limoge.
Paul's family would like to thank Dr. Marc Plante and his staff and Bayada Hospice for his care provided.
As per Paul's wish, there will be no funeral service in these COVID times. A graveside service will be held on November 21, 2020 at 11am in the Milton Village Cemetery.
For those who wish, online condolences may be made to www.minorfh.com

To order memorial trees or send flowers to the family in memory of Paul Henry Perry, please visit our flower store.