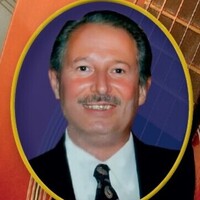 Burlington- Oscar Mark Delgado Sr., passed away April 28, 2022 at the University of Vermont Medical Center at the age of 58. Oscar was born on September 14, 1963 in Boston, Massachusetts and was a son of Oscar Alberto Delgado and Mary-Ann Elizabeth (Boucher) Delgado. He was a veteran of the United States Army. Oscar was a comedian, and a prankster. As a hard worker he became a business owner, a paralegal, the second best salesman for Aflac two years in a row, a musician who would break his guitar out anywhere and sing, a lover of his family, and friends, and would stop everything he was doing for the show he loved to watch the Simpsons. He was a good father, and grandfather. As the kind, caring, spontaneous person he was, Oscar always loved to share his stories with all who wanted to listen. He was also a firm believer in his faith. If you ever asked him about someone he cared about he never spoke an unkind word. He is survived by: his children, Travis Marsh and his wife Angie of Kentucky, Oscar Delgado, Jr, of Colchester, Liza Rathburn and her husband Stan of Johnson, Bobby Briere of Johnson, Ashley Delgado of New York, Katrina Delgado of New York and his adopted son Deano Sullivan of New York.; his seven grandchildren; his siblings Reinita Arnold and her husband Tom of Jeffersonville, Keith Delgado of Burlington, and Elena and “ the little sister” Crystal Ryan of Johnson. He was the uncle of seven nieces and nephews. He is predeceased by his father, his father Oscar Alberto Delgado and his mother Mary-ann Delgado. Visiting hours will be held on Monday, May 2nd between the hours of four pm and six pm, with a funeral service at six pm. The committal service will take place on Tuesday May 3rd at 1pm in Lamoilleview Cemetery in Johnson.
To order memorial trees or send flowers to the family in memory of Oscar Delgado, Sr., please visit our flower store.