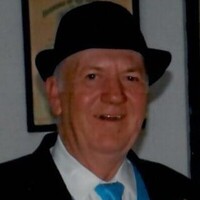 Burlington, VT--Norman Arthur Smith, 65, passed away June 23, 2021 at University of Vermont Medical Center. Norman was born on January 24, 1956 in Rutland, VT, the Son of Herman Smith and Mary (Martelle). He married Susan Waite on October 22, 1977 at Pawlet Methodist Church, Pawlet Vermont. During their marriage, made many friends. He was always hosting an event at his home. Norman was an Arborist for most of his working life, even owning his own tree service company. He is survived by: his spouse Susan his children, Sam Smith, of Grand Isle, Elizabeth Smith of Charlotte, ; his grandchildren, Kayla Fysh, Bella Fysh and Caiden Smith, and his two dogs Shadow II and Blue III He is predeceased by his father, Herman Smith; mother, Mary Smith; sister, Christine Veilleaux A memorial Visitation will be held on Saturday, July 3rd, 3-5 in the Minor Funeral Home
To order memorial trees or send flowers to the family in memory of Norman Arthur Smith, please visit our flower store.