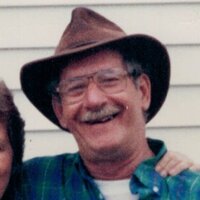 Milton - Norman H. Kilburn, 77, died unexpectedly Wednesday October 4, 2017 at home with his wife by his side.

Norm was born on March 5, 1940 the son of Robert and Florence (Root) Kilburn.

As a young man, Norm worked on family farms. His love was in operating heavy equipment and worked for the Town of Milton. He was presently employed at Advance Auto.

Norm loved to hunt and was a great dancer.

He is survived by his wife and companion of over 52 years, Donna


To order memorial trees or send flowers to the family in memory of Norman H. "Norm" Kilburn, please visit our flower store.