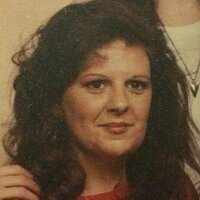 Grand Isle - Michele Pullman, 57, died late Christmas Eve, December 24, 2016 at the University of Vermont Medical Center in Burlington, following a courageous battle with cancer.
Michele was born in Beacon, New York on September 15, 1959 the daughter of Michael and Janet ( Bates ) Paolino.
Michele married David Pullman on August 21, 1985 in Poughkeepsie, New York.
She loved to knit, read, sit of her swing, and most especially, spend time with her loving family and grandchildren.
She was a happy person.
In addition to her husband David Pullman Sr., she is survived by her daughters Melissa Dowd and her husband Michael of Oakdale, CT, Kimberly Lewis and her husband Jody of Grand Isle and by her son David Pullman Jr. and friend Brierley Rushford of Grand Isle and her former son-in-law Norm Devost of Swanton. She is also survived by her mother Janet Paolino of Hyde Park, New York and her precious grandchildren Madison, Logan, Jordan, Ryan, Sierra, Kyelee, Savannah, Reese, Keira and Izayah. She is also survived by several nieces and nephews.
She was predeceased by her father Michael Paolino.
Memorials in Michele's name may be made to the University of Vermont Medical Center Cancer Center, 89 Beaumont Avenue, The Courtyard @ Given, N300 Burlington, VT 05405.
In keeping with Michele's wishes, there will be no services at this time.

To order memorial trees or send flowers to the family in memory of Michele Pullman, please visit our flower store.