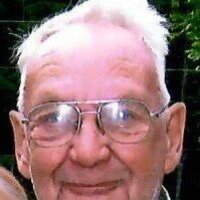 Cambridge - Merton Allen Hill, 89, passed away peacefully on Sunday October 11, 2020 at the Copley Hospital in Morrisville.
Merton was born in Shelburne on May 9, 1931, the son of Edgar and Mary Mae (Lincoln) Hill. He worked on the family farm near Shelburne Pond. At a young age, he left home to work for his sister and brother-in-law on their farm in Brandon.
He eventually moved to the "Hill Farm" in Westford in his teens.
He married Helen Louise Howard and together they raised 7 children, Allen, Lucy, Jane, Robin, David, Howard and Jim.
He eventually started his own sawmill in Westford, which he ran for many years.
He is survived by his children Allen Hill and his partner Raymonde of Newport Center, Lucy Pells and her partner Jim Garrison of Colchester, Jane Hill of Texas, Howard "Happy" Hill and his wife Joyce of Jeffersonville, and Jim Hill of Milton. He is also survived by 17 grandchildren, 39 great grandchildren and 5 great great grandchildren, his son-in-law David Kilburn of St. Albans and several nieces and nephews.
He was predeceased by his grandson Jerry Pells in 2007, his wife Helen on August 6, 2011, his granddaughter Kimberley Hill in 2012, his daughter Robin Kilburn in 2014, his daughter-in-law Robyn Hill in 2016, his son David Hill in 2017and his brothers Clifton Hill and Everett Barrows.
A Celebration of Mert's life will be held by his family at a later date.

To order memorial trees or send flowers to the family in memory of Merton Allen "Mert" Hill, please visit our flower store.