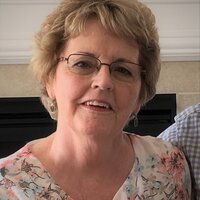 Mary Elizabeth "Beth" Terry, 73, of Colchester, VT, passed away October 30, 2019 at the McClure Miller Respite House after a brief and brave battle with pancreatic cancer.

Beth met her husband, Larry E. Terry, while working at IBM in Essex Junction and they were married on May 6, 1967 at St. Joseph's Catholic Church, Burlington, VT. Together, Beth and Larry raised two wonderful daughters.

Beth was a kind and gracious soul who deeply loved and cherished her family and friends. She was devoted to helping others, to making life easier for others, and was an active volunteer in her community at such places as the Brownell Library in Essex Junction, the Respite House in Williston, RSVP of the United Way of Northwest VT, and the First Congregational Church of Essex Junction. For many years she worked as a teacher's assistant at Summit Street School in Essex Junction and an administrative assistant at the First Congregational Church of Burlington.

Beth is survived by her husband of 52 years, Larry E. Terry, two daughters and their husbands: Anne and Bill Campbell of Milton, and Sarah and Wade Johnson of Milton, and two grandsons (her pride and joy), James and Thomas Campbell. She is also survived by sisters-in-law Audrey (Dick) Campbell of Milton, Lois (Richard) Larry of Pittsburgh, PA, Jan (James) Larry Mulcahy of FL, several nieces, and a nephew. Beth is also survived by numerous cherished friends ("sisters"): Sylvia Leavitt of Williston, Joan Sherman of Slippery Rock, PA and Paula Anderson of Summerlin, NV. Beth was predeceased by her parents, Rodney and Doyless, and three siblings: Richard M., James A. and Kathleen J. Larry.

In lieu of flowers, donations may be made to the McClure Miller Respite House in Colchester, VT, the Humane Society of Chittenden County VT or the First Congregational Church of Essex Junction, VT.

To order memorial trees or send flowers to the family in memory of Mary Elizabeth "Beth" Terry, please visit our flower store.