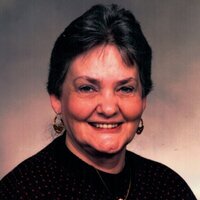 Colchester - Mary Ann Prim, 76, died peacefully on Friday April 13, 2018, at the University of Vermont Medical Center in Burlington, surrounded by her loving family.

Mary was born on October 30, 1941 in Burlington, the daughter of Joseph and Dorothy (Wood) Rockwell.

She was married to Roland Prim who predeceased her in 2010.

She was an avid Yankee fan and loved being with her family.

Mary is survived by her daughters Laurie Berard, Donna Alexander and husband James, Cheryl Lamphere and her husband Louis III, Ellen Ducharme, Debra Gorton and Brenda Maynard and her husband Jay. She is also survived by many grandchildren and great grandchildren, her brothers Royal Hayes and Wayne (Deborah) Rockwell and by many nieces and nephews.

In addition to Roland, she was predeceased by her grandsons Robert Berard, Roderick Murray and Baby Jay Taz Maynard and her brothers Edward Hayes, Clifford Rockwell and sisters Thelma Derouchie and Doris Harrington.

Visiting hours will be held on Tuesday April 17 from 10am to noon with a funeral service following at Noon in the Minor Funeral Home in Milton. Burial will follow in Resurrection Park Cemetery in So. Burlington.


To order memorial trees or send flowers to the family in memory of Mary Ann Prim, please visit our flower store.