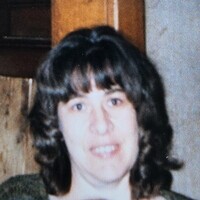 Milton, VT--Mary Charlotte Learned, 84, formerly of Westford and Johnson, passed away September 10, 2022, at Birchwood Terrace. Mary was born on January 6, 1938, in Westford, VT, the daughter of the late Girard and Agnes (Boozan) Learned. She graduated BFA Fairfax as Salutatorian in 1956 and worked in insurance her entire working life. Mary adopted the ability to build from her father and brothers, made her own clothing, and enjoyed picking berries to make her own jam. Mary is survived by her son John and wife Terri Learned of Milton, son James and wife Stephanie Cleary of Milton; her grandchildren Adam and wife Priscilla, Alex, and Haylee Learned and partner Branden Dennis, and Adam Cleary; and great grandson Ansen Learned; sisters Margaret Woodworth, Bernice Hakey, and Arlene Brown. She is predeceased by her parents Girard and Agnes (Boozan) Learned; brothers John, Arnold, Elmer, Aaron, and Ralph Learned; and sisters Dorothy Root and Marcia Wilkinson. A small family graveside service will be held on Thursday, September 15th at 1pm, at the Binghamville Cemetery in Fletcher VT.
To order memorial trees or send flowers to the family in memory of Mary Charlotte Learned, please visit our flower store.