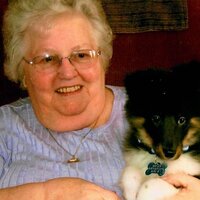 Mary was born on February 24, 1929 in Orwell, VT the daughter of Alexander and Bertha (Bourdeau) Aunchman.

On May 19, 1945, she married Howard Blow at St. Joseph's Catholic Church in Burlington and was married for over 55 years.

Mary was an avid New York Yankees fan, loved bingo and going to casinos. She also especially loved her family.

She was predeceased by her husband Howard Blow Sr. in 2001, her sons Ronald Blow in 2005 and Howard Blow Jr. in 2010 and her infant daughter Sarah Blow.

Visiting hours will be held on Friday, January 18, 2019 from 4-7pm with prayer at 6:45pm by Fr. Feltz, in the Minor Funeral and Cremation Center in Milton.

Funeral Services will be held on Saturday, January 19, 2019 at 11 am in the Minor Funeral and Cremation Center. Burial will be in the Grand Isle Cemetery in the spring.


To order memorial trees or send flowers to the family in memory of Mary Jane Blow, please visit our flower store.