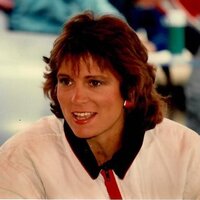 Richmond - Marjorie M. Fay, 61, died peacefully on August 17, 2019 at the UVMMC in Burlington with her loving family by her side.

Marjorie was born on February 28, 1958 in Abington, PA, the daughter of Samuel and Patricia (Payne) Risk.

She graduated from Green Mountain College in 1981.

Marjorie worked for Thunder Road and the Canadian American Tour (ACT) for 25 years as the Media and Marketing Department, as well as track duties including handicapping and scoring. She then began working as a Special ED para professional for Chittenden East School District, eventually becaming a Special Ed administrative assistant.

Marjorie loved riding and showing horses in her younger years.

She later taught skiing at Bolton Valley and in Stowe. Her sharp eye and love of the outdoors allowed her the opportunity to photograph countless soccer games, snowboard competitions, school activities and family events as her son grew. Her selfless ways always meant doing for others before doing for herself.

She was predeceased by her father Samuel Risk at a young age and by her second father, Edward Mulligan.

For those who wish memorials in Marjorie's memory may be made to the Talent Skate Park at https://www.gofundme.com/talent-skatepark which is a registered 501.c.3 nonprofit, located on the Burton Snowboards Campus, on Queen City Park Road, Burlington, VT 05401

In keeping with Marjorie's wishes, there will be no services at this time.


To order memorial trees or send flowers to the family in memory of Marjorie M Fay, please visit our flower store.