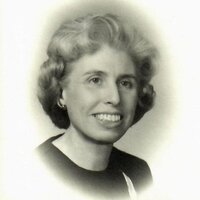 Milton - Marie A. Hall, 98, a longtime resident of Milton, died Saturday, February 15, 2020 at the McClure Miller Respite House in Colchester.
Marie was born in Elmore, VT on July 8, 1921, the daughter of Glen E. and Frieda (Shanley) Hall. She grew up in Morrisville, graduating from Peoples Academy in 1939.
She held several positions in business in Vermont, Massachusetts and Arizona. She received a B.S. and a M.Ed. from Boston University and held administrative positions at Mount Holyoke College and MacDuffie School in Springfield, Mass. Marie was a Guidance Counselor at the high schools in Marblehead, Mass. and Essex Junction, Vermont.
While living in Massachusetts, she was very active at the First Congregational Church in Springfield and held various offices in the local and state Business and Professional Women's Clubs. She was also a member of the Board of Directors of the Y.W.C.A., a member of the College Club and the American Assoc. of University Women. She was a member of the Committee on Continuing Education for Women at Springfield College.
After returning to live in Vermont, Marie held offices in the Milton Women's Club, United Church Women's Society, Milton Family Community Center, Alpha Chapter and Alpha Lambda State Delta Kappa Gamma and Chittenden county Retired Teachers. She was for many years an active member of the Vermont Federation of Women's Clubs
She was predeceased by her sister Glendora E. Hall and is survived by her foster daughters Amy Wong and Melanie Law of California.
At her request, there will be no visiting hours or funeral service.
A committal will be in the family lot at Pleasant View Cemetery in Morrisville, Vermont.

To order memorial trees or send flowers to the family in memory of Marie Amelia Hall, please visit our flower store.