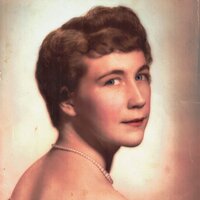 Lynn was born on April 3, 1942 in Burlington, the daughter of William and Ethuwyn ( Bean ) Strobridge.

She had worked as a nurse for many years before being employed by IBM.

In her younger years, Lynn loved to roller skate, snowmobiling and going to Catamount Stadium every weekend. She enjoyed a sport for every season, including football, baseball and tennis.

Lynn especially loved spending time with and hearing about her grandchildren.

She is survived by her son Christopher Perry and his wife Rebecca of Hercules, CA. and her daughter Michelle Holden and her husband Jonathan of Colchester. She is also survived by her grandchildren Lydia, Cyrus, Savannah and Sabrianna, her sister Gail Roy and her husband David of Westford and their children Dave and Lisa and Lisa's two children Gracie and Liam, by her siblings John, Marsha, Karen, Richard and Robin and her children's father Clifford Perry of Milton and several nieces and nephews. Lynda was predeceased by her husband Gerald T. Douglass on August 21, 1995 and her brother Billie.

In following Lynn's wishes, there will be no visiting hours or funeral service.

A graveside service will be held at the Pleasant View Cemetery in Westford at a later date.


To order memorial trees or send flowers to the family in memory of Lynda Lee "Lynn" Douglass, please visit our flower store.