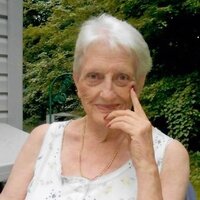 Lucille was born on February 20, 1937, in Rock Island, Tennessee, the daughter of Mark and Olive (Douglas) Mitchell. Shortly after, Olive died while delivering her brother. Unable to care for his children, Lucille was adopted by family friends,Elie and Posy Mullican, who became her parents and she took on the last name Mullican.

On January 4, 1993, she married Richard McGrath at the Milton Rescue Station.

Lu is survived by her children Bruce Gaynon of Va., Mark Gaynon of Barre, Timothy Gaynon and his fianc Amanda Weldon of So. Burlington and Ruth Bessette and her fianc Edward Dearmin of Swanton, 11 grandchildren and 6 great grandchildren.

In addition to Richard, Lucy was predeceased by 4 brothers and 2 sisters.

Funeral services will be at the convenience of the family.

To order memorial trees or send flowers to the family in memory of Lucille "Lucy" McGrath, please visit our flower store.