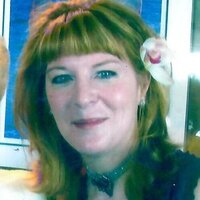 Colchester - Leslie Denise Malcomb Germain passed away on Wednesday November 11, 2020, following her courageous battle with ALS for the past three years. Her last days were spent surrounded by her family at the McClure Respite House in Colchester, VT. Despite harrowing debilities, Leslie fought her disease head-on with grace, humor, wit and a deep concern for those she would leave behind.

Donald and Barbara Malcomb welcomed Leslie into their lives in April, 1954 in Burbank, CA. The family moved to the upper desert outside of Palm Springs three years later, where Leslie attended grades one through 12. In 1976, she graduated with Honors in English from the California Polytechnic State University in San Luis Obispo, CA. She would retain her deep love of reading for the rest of her life.

A vagabond at heart, Leslie next traveled the world. Her wanderlust spirit took her to The British Isles, Eastern and Western Europe, North Africa, and to Denmark, where she worked as a nanny before returning to the United States.

Always on the move and ready for her next great adventure, Leslie relocated from California to Vermont in 1979. After settling in Montgomery Center, she created and operated a unique antique and artisan gift boutique called Kominsky's Bloomers. A talented fiber artist, she created most of her own inventory.

When Leslie moved to Burlington in 1992, she met and married the love of her life, Tom Germain, when they were co-workers at Ethan Allen Interiors. Soon after, she began her "second" career as a Manager running Manpower's on-site employees at IBM and later ran Manpower's Vermont office until she became compromised by symptoms from the early onset of ALS and stepped down in 2017.

Leslie's life-long passion was landscape design. Much more than a hobby, she was a talented landscape design artist. Along with her sister Cheryl and her neighbor, Linda Presson, Leslie transformed her home's back acreage into a magical place she named Bunny Hollow; creating paths throughout the woods, to include wood burned directional signage, rabbit literature themes, a dry river bed and a delta with a capsized boat among beautiful flowers, plants and trees.

Leslie will be remembered for always living in the moment, ever-curious, often zany, generous and brave. She is survived by her husband Tom, her sister, Cheryl Malcomb Gonzales, the second most important man in her life, Tom's father, Rodney Germain, her dear friend and caregiver, Simone Potvin and her ever-present "watch-cats"; Opal, Brave Heart and Minnie Penny. We were uniquely blessed to have Leslie in our lives.

It is Leslie's wish there will not be a funeral service and her cremated remains will be placed in the Columbarium at Resurrection Park Cemetery in South Burlington. In lieu of flowers, please send donations to the Franklin County Animal Rescue, at 30 Sunset Meadows, St. Albans, VT 05478. On-line condolences may be made at www.minorfh.com.


To order memorial trees or send flowers to the family in memory of Leslie Denise Germain, please visit our flower store.