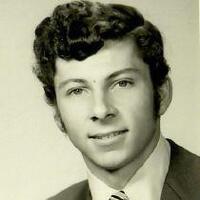 Milton Vt-Fall is coming and with the changes, hummingbirds fly to another safe home. Larry Cote decided to do the same, so on September 12 he went to a place with no more pain. He was born on September 7, 1949 at the Providence Hospital for Unwed Mothers in Detroit, Michigan. He was put up for adoption through Vermont Catholic Charities and was adopted by Henry and Fern Cote on December 21, 1949. Larry grew up in Swanton and attended St. Ann's Academy, and then graduated UVM in 1972 with a degree in mechanical engineering. He joined the Air Force as a 2nd Lt. and worked as an electronic systems officer until 1985 before leaving as a Captain. During his time in the Air Force, Larry was stationed at Fort Huachuca, AZ where he met and married Charmayne "Charlie" Tate and their son Derek Tristan was born. After leaving the Air Force they moved to Milton VT, and he worked as a civilian at a Department of Defense organization for 32 years until retiring September 30, 2018. In October 2018, Larry was diagnosed with Acute Myeloid Leukemia, under went chemo and was in remission until 2021. After the passing of his parents, Larry started searching for his birth parents and through DNA with ancestry, found his mother Claire Noel Myotte and father, Kenneth Atwood of Orwelle, VT. During his life, Larry loved doing things with my family including, fishing with his son and grandson, boating, riding horses, and rock hounding. He enjoyed many horses and cats in my life. He is survived by his wife Charmayne, son Derek Tristan, grandson Kevin Justin Alexander, biological parents, half-siblings, cousins, uncles, aunts, in-laws, nieces and nephews. He is predeceased by his parents, Henry and Fern Cote, and half-brother Stephen Atwood. Larry was under the care of UVM Hospice and wanted to thank them for all the caring help. In lieu of flowers, please make a donation to the UVM Hospice: Development Office UVM Health Network – Home Health & Hospice 1110 Prim Road Colchester, VT 05446 Donations can also be made online here.
To order memorial trees or send flowers to the family in memory of Lawrence "Larry" William Cote, please visit our flower store.