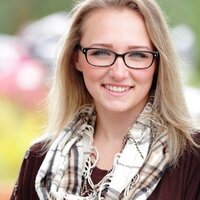 Colchester - Kristi Noel Proper, 26, passed away unexpectedly on Sunday October 4, 2020 at her home in Colchester.
Kristi was born on July 17, 1994 in Petoskey, Michigan, the beloved daughter of Sheryl (Hofmann) Proper Burns and James (Jim) Proper. Kristi graduated from Burlington High School in 2012 where she participated in JROTC with the dream of a continued career in the United States Military and attended the Burlington Technical Center for Auto Body Repair where she placed 2nd in the state competition. After high school, Kristi pursued many passions. Ranging from bull riding at the rodeo in North Carolina to fashion modeling when she returned to Vermont. She loved big trucks and fast cars, going to racing events and drifting on the frozen tundra of Malletts Bay. Vermont provided the perfect landscape for many of her hobbies such as hunting, fishing, hiking, horseback riding and backyard bonfires. Some of her favorite times were just hanging out with her friends doing crazy things and being silly, smiling and laughing until the sun came up. Even in the winter months, she found a way to recreate, hosting crazy Halloween parties, shredding the slopes on her snowboard, and getting strikes on bowling leagues. Her most recent interest was Paintball play. She was a highly competitive player and was in her glory when she was kicking ass and taking names. No one liked winning (at everything) more than Kristi.
Kristi wasn't afraid of getting dirty and took pride in proving she could do anything a man could do and still look cute doing it. She snubbed her nose at convention, diving into male dominated fields. High on her list of accomplishments was becoming a certified welder.

As fierce and independent as Kristi was, she was as equally kind, loving and loyal to her family and to her friends. Although she was constantly on the go with this or that, she wouldn't hesitate to put her own interests on hold if you were in need. She was a champion for the downtrodden and defender of those she loved. She would donate her time and energy, no matter the cause if it helped support a friend. She participated in many organized fundraisers and always did so with a smile on her face, never expecting anything in return.

From the time Kristi was a child, she was a natural caregiver. Adopting the role of second mother to her little brother and sister (whether they wanted her to or not) she tried to keep them in line and came to their defense whenever the need arose. This nurturing instinct extended to the large variety of animals that she would bring home without permission or remorse time and time again, rescuing anything that she thought needed her protection. This connection with animals didn't stop with the ordinary; she especially liked the strange and different, bringing in homeless snakes and bearded dragons. The weirder it was, the more she seemed to love it. Her most current fur babies are her two cats Baloo and Bagheera and her two chinchillas, Peaches and Sage.

She is survived by her mother and step-father, Sheryl and Scott Burns of Colchester, her father and step-mother Jim and Dawn Proper of Midlothian, Illinois. Her siblings, Jonathan (Jon) Proper, Katie Proper, Brittany Burns and her partner Josh Small, and Danielle Burns. Her grandparents John and Kathy Proper of Adairsville, GA and Raymond and Sharon Burns of Johnson, VT, and by several aunts, uncles, cousins and her two nieces Emily Small and Amiyah Mouliert. Kristi is also survived by her boyfriend, Kyle LaValley and an immense list of friends, many of which she considered family.

A Tribute to Kristi will be held on Saturday, October 10, 2020 from 3-5pm at the Minor Funeral and Cremation Center in Milton. All are welcomed to attend in person to pay their respects to Kristi and her family. Stories, photos and memories are encouraged. All attendees are asked to follow COVID-19 guidelines by wearing facial covering and practicing social distancing.
For those who would like to help Kristi's family, a go fund me account has been established and can be found at : https://www.gofundme.com/f/kristi-proper039s-memorial-expenses?utm_source=facebook&utm_medium=social&utm_campaign=p_cf+share-flow-1&fbclid=IwAR3vcVTiU77dNSJRdeD-umPXW8SalLWrUkHIzxBBz0dcAaGumQkKBzQx8gk

To order memorial trees or send flowers to the family in memory of Kristi Noel Proper, please visit our flower store.