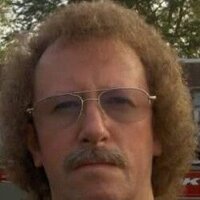 Milton - Kenneth B. Coolbeth, 58, died unexpectedly while fishing on the Lamoille River following a medical event.

Ken was born on April 5, 1960 in Newport, the son of Bernard and Marion (Manning) Coolbeth.

He graduated from Milton High School class of 1978.

He was employed by Johnson Controls for many years. Ken has been employed most recently for the Burlington School District.

Ken loved to get together with family and friends for events. He was an avid fan of the Dallas Cowboys, NY Yankees & Boston Bruins and enjoyed conversations and banter with many. He had a great love for fishing and spent endless hours on the Lamoille River.

He will be dearly missed by all that knew him.

his wife Tina of Milton, his sister Deanna Coolbeth of St. Albans

and his brother Scott Coolbeth of St. Albans. He is also survived by his nieces Beth and husband Trevor, Amber, Samantha, Sierra, and McKayla, his nephews, Brandon, Kaleb, Dylan, and Aiden, all who he adored.

Ken was predeceased by his father Bernard in July of 2017.

The family will hold a private Graveside service at the Mountainview Cemetery in Lowell.


To order memorial trees or send flowers to the family in memory of Kenneth Bernard "Ken" Coolbeth, please visit our flower store.